Well our weekend was filled with craziness! But good craziness...it all began with mine and Robbie's 5 YEAR anniversary on Thursday! 5 YEARS....can you believe it, wow how time flies. I feel like it was just yesterday we were dating...head over heels for one another, still are most the time ;) Robbie was able to take the day off work so that afternoon we went to the temple. All the older ladies and gents working thought we were there to get married and telling us congratulations. It was pretty funny. After, we headed to Gateway and saw Iron Man. I actually really liked it, but it is a definite guys show. We figured out that there is always a comic book show that comes out just in time for our anniversary. On our honeymoon we saw X-MEN and last year we saw Spider-man. I hope this doesn't become a tradition. But Robbie did promise me a chick flick in order to see Iron Man. Then for dinner we went to the Cheesecake Factory...I love this place! Some think it's not all that it entails to be but I love every dish I get....and of course save room for the cheesecake at the end. Mmmmmmmmm we had the Godiva cheesecake, to DIE for! It was such a fun day, and a nice time with just the two of us. We still stay up late and act like goofs
(Robbie's mustache was in honor of Cinco De Mayo! But he couldn't even stand it for that, he shaved it that next morning.) I love my Robbily Bobbily and am so glad I found him!


Next up was the "Race for the Cure" which I still can't get over how many thousands of people were there. It was chaos. We went to support Janice Sansom (Robbie's aunt) who was diagnosed with cancer last year and won the battle. I also represented my Aunt Becky, she began her fight with the cancer demon in 2003 and also won! YAY!!! I'm proud to say she is doing very well! :) Because there were a bajillion people and we all wanted to chat along the way, we walked the strenuous 3 miles and enjoyed it all...that is until Taryn decided she wanted to be done and threw a major fit. She was so tired and wanted her crib...that was fun. But it all ended well and I'm glad I could be there to support these women and the research for cancer. Janice, Wrigley and Carrie, Margo, Taryn and me. Check out this crowd, it goes on FOREVER! Posted by Shawna Wilson at 8:47 PM 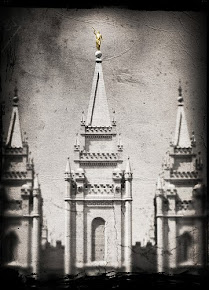 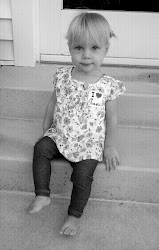